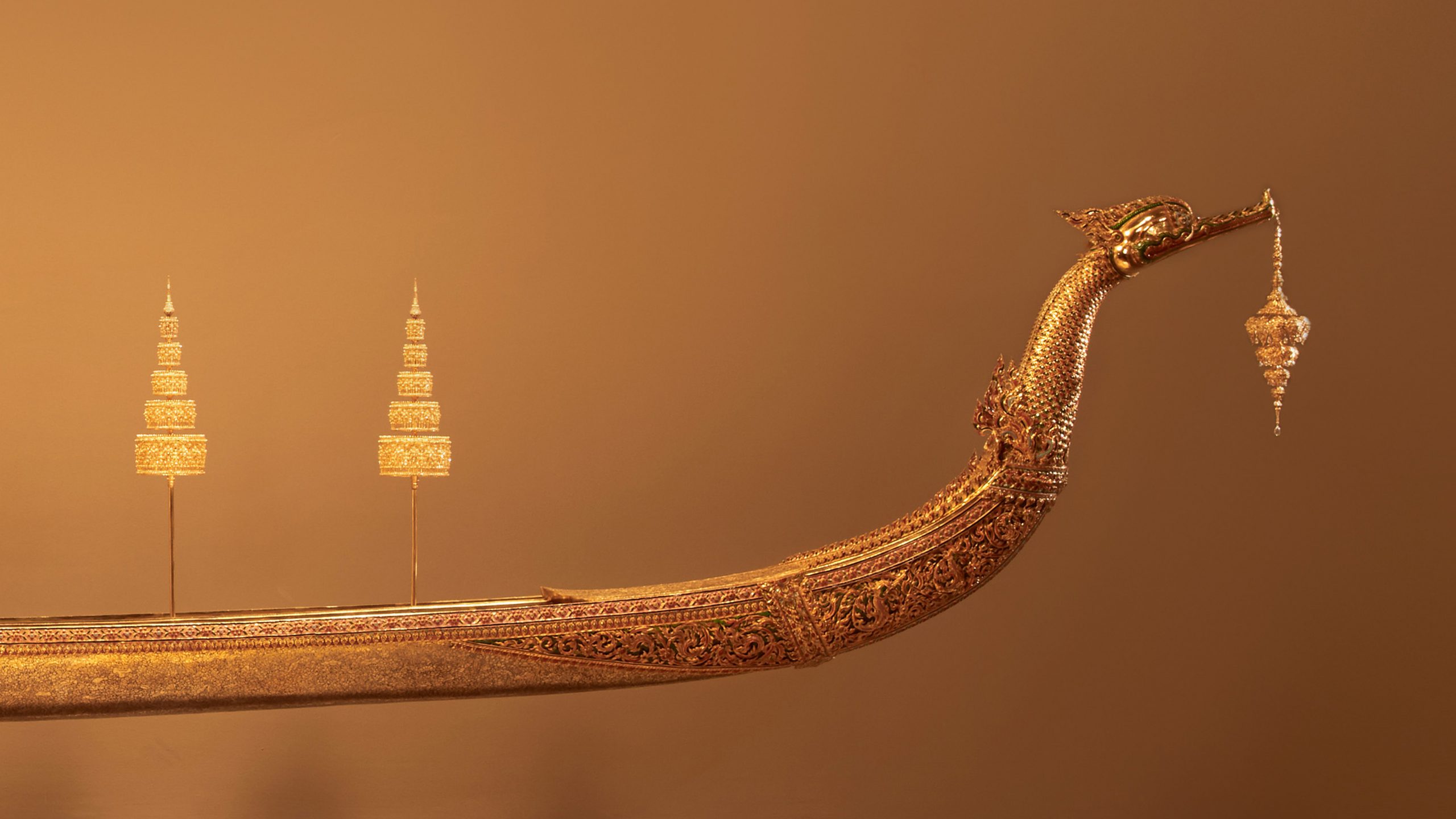 THE ARTS OF THE KINGDOM MUSEUM

Arts of the Kingdom is a museum which exhibits the art collections created by the craftspeople of Queen Sirikit Institute. Her Majesty Queen Sirikit The Queen Mother, founded the museum in order to display the artworks of the craftspeople under her patronage. The collections include their works from the early stages when they first began the training to the exquisite masterpieces after they have acquired the artistry. Her Majesty Queen Sirikit The Queen Mother’s craftspeople are the sons and daughters of impoverished farmers from Thailand’s remote countryside. They put their hearts and souls into making every piece of art without any prototype. Some pieces are produced using the ancient techniques dating back to the Ayuthaya period, while others are the results of the new methods that came to life during the reign of King Rama IX.

More than seventy years ago, Her Majesty Queen Sirikit The Queen Mother accompanied His Majesty King Bhumibol Adulyadej The Great to the most remote parts of the country, paying visits to the people in order to find ways to improve upon their living conditions. They learned that most Thais lived in poverty and derived their livelihood from agriculture. To survive, they relied on crop yields, which were subject to various uncontrollable factors such as rainfalls and other climactic factors. His Majesty King Bhumibol Adulyadej The Great asserted that it was not enough to simply hand out giveaways to those in need because consequently they would always wait for help to come. The real solution is to give them the means to build a sustainable livelihood. He therefore initiated more than one thousand royal projects with the aims to improve water management for agricultural purposes and also to promote sustainable agriculture.

Her Majesty Queen Sirikit The Queen Mother herself was devoted to the development and welfare of the children, women and elderly of rural families, initiatiating supplemetary occupations to increase family productivity and income. Providing assistance and guidance, she encouraged them to engage in local handicrafts such as the weaving of basketery and fabric. Such products would generate sustainanle income for thier families. Her Majesty Queen Sirikit The Queen Mother’s initiative eventually led to the establishment of the Foundation for the Promotion of Supplementary Occupation and Related Techniques (SUPPORT) on 21 July 1976. Its two main objectives are: 1. To help generate supplementary income for families in rural areas 2. To preserve local handicrafts that are part of Thailand’s cultural heritage.

“…They are sons and daughters of the poorest of the poor. I chose them on the basis of their circumstances – they came from the most impoverished families with many children and simply could not support themselves. I chose them to come and live on the palace ground, in the buildings that used to house members of the Royal Family. I let them live there while receiving trainings at Chitralada…”

The main purpose of Queen Sirikit Institute is to develop skilled craftspeople who are well-versed in the arts of handicrafts, from basic to advanced levels. The Institute is also dedicated to applying and incorporating different branches of handicrafts, hence giving birth to masterpieces that are the sums of many sophisticated art forms. As a result, Queen Sirikit Institute plays a significant part in the perservation and promotion of ancient handicrafts, many of which had almost disappeared from Thailand.

Apart from giving the underprivileged the opportunity to build their new lives, the royal initiative project under Her Majesty Queen Sirikit The Queen Mother has contributed to the body of knowledge in various handicraft arts as seen, for instance, in the highly intricate pieces made from jewel beetle wings. Many of the arts produced by Queen Sirikit Institute’s craftspeople have been shown in exhibitions around the world, and have adorned the royal dining table in welcoming state guests to Thailand. These artistic masterpieces are proof that Thailand is by no means a new country. On the contrary, Thais are blessed with a rich history in art and culture. And through utmost love for her people, Her Majesty Queen Sirikit The Queen Mother has given the marginalized poor the opportunity to rise above adversity and hardship. Once holding shovels and hoes, their hands are now working with chisels and making great arts with love and passion. The Queen’s craftspeople are living proof that there is nothing more powerful than empowering people to build a better life for themselves.