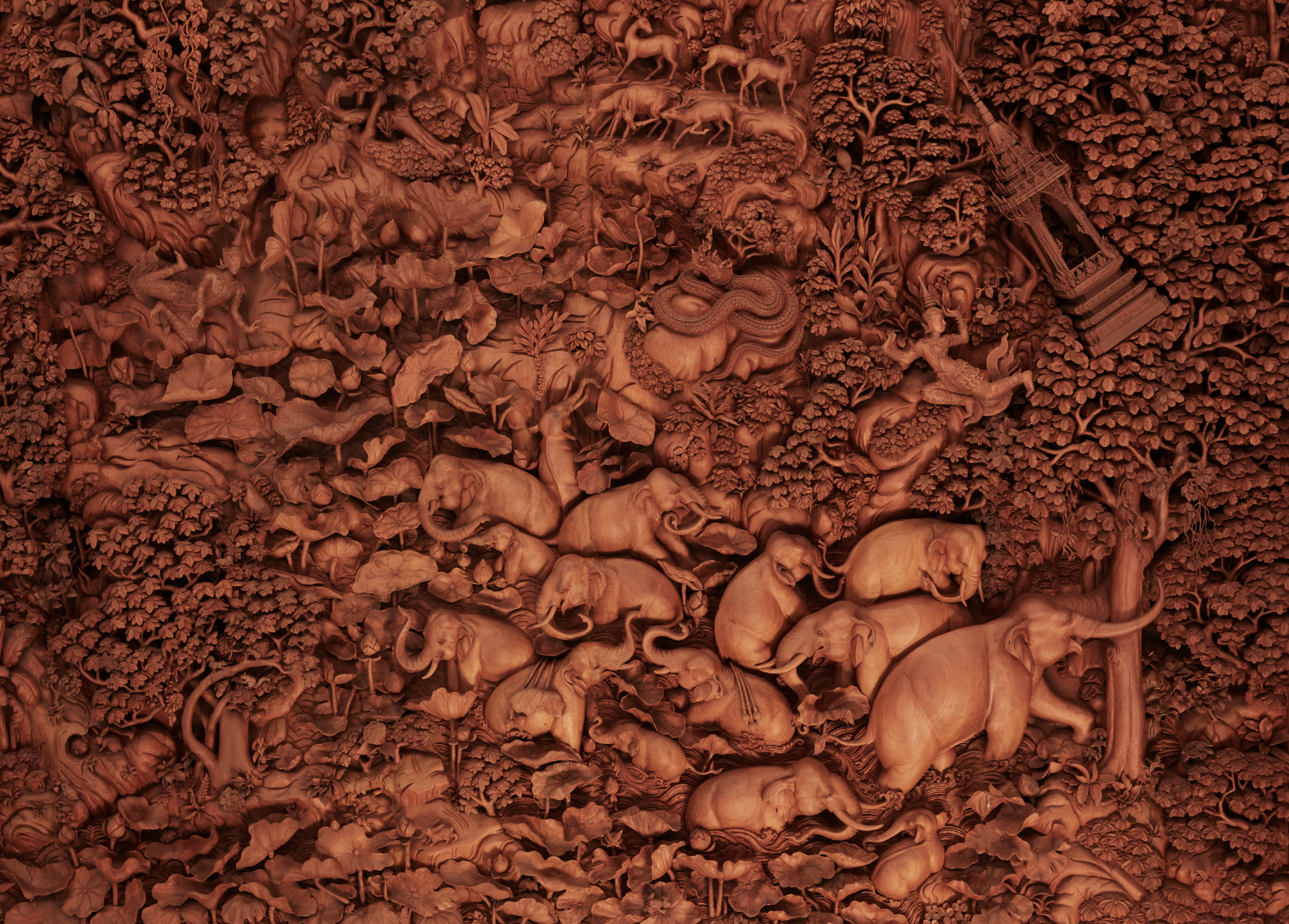 ENGRAVED WOODEN PANEL ON THE LEGEND OF PETCHARAT

Engraved wooden panel braced by two poles with traditional round tops. The panel is engraved with detailed craftsmanship into delicate characters in the story of the origin of the 9 Auspicious Stones or Petcharat (sometimes also known as the Kaew Noparat) which consist of diamond, ruby, emerald, topaz, garnet, sapphire, pearl, zircon and cat’s eye.

The 60th anniversary celebrations of His Majesty King Bhumibol Adulyadej The Great’s accession to the Throne in 2006 and celebrate His Majesty the King’s 80th birthday anniversary in 2007.