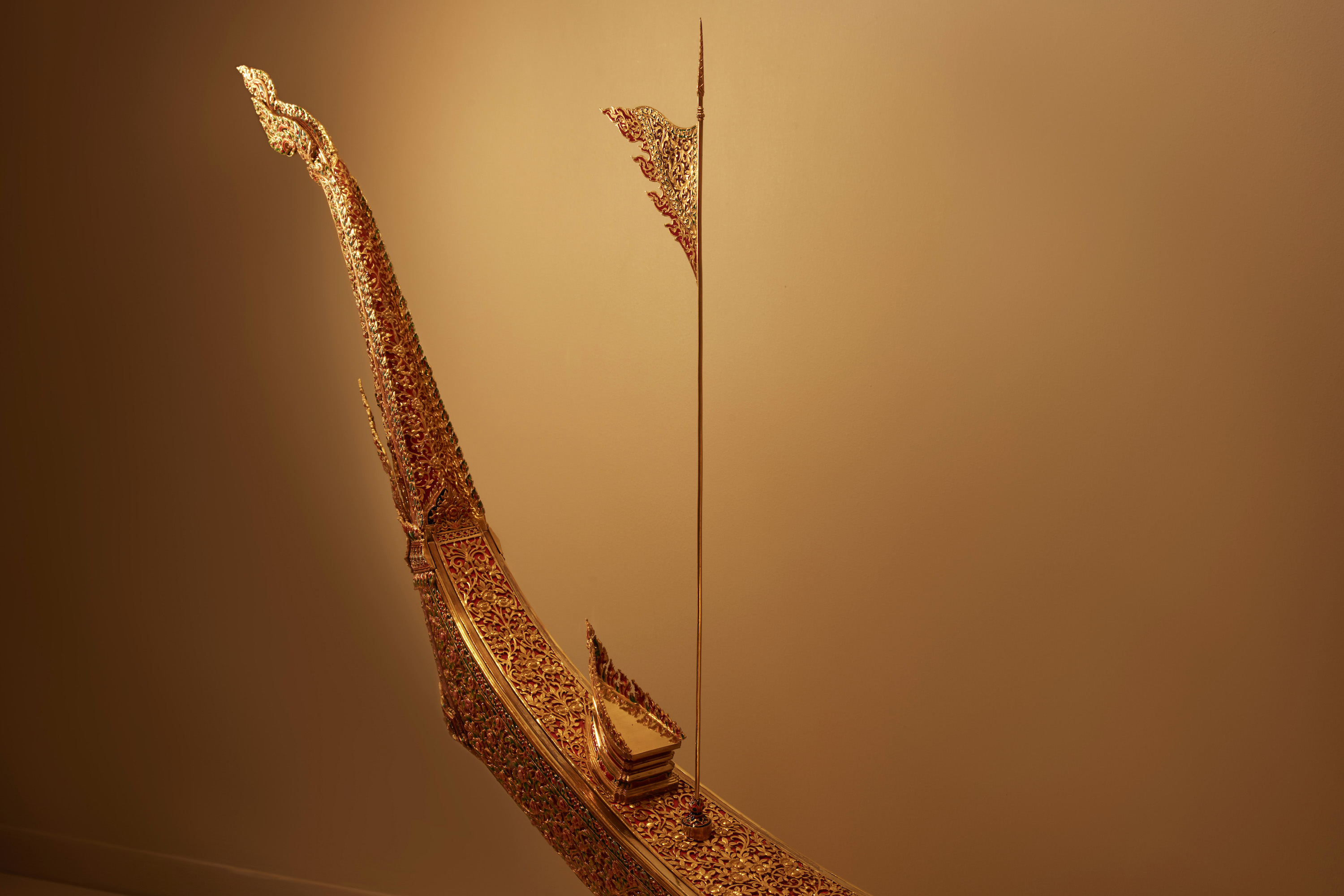 The model of the royal barge, including the hull and the keel, are made of gilded silver. The bow is made of carved gold and colour enamel in the shape of a Garuda clutching a Naga in each claw. It stands astride a silver cannon. The bow and stern are decorated with fretted gold in floral motifs, with red enamel. The inner shell plating is made of wood coved with gold leaf.