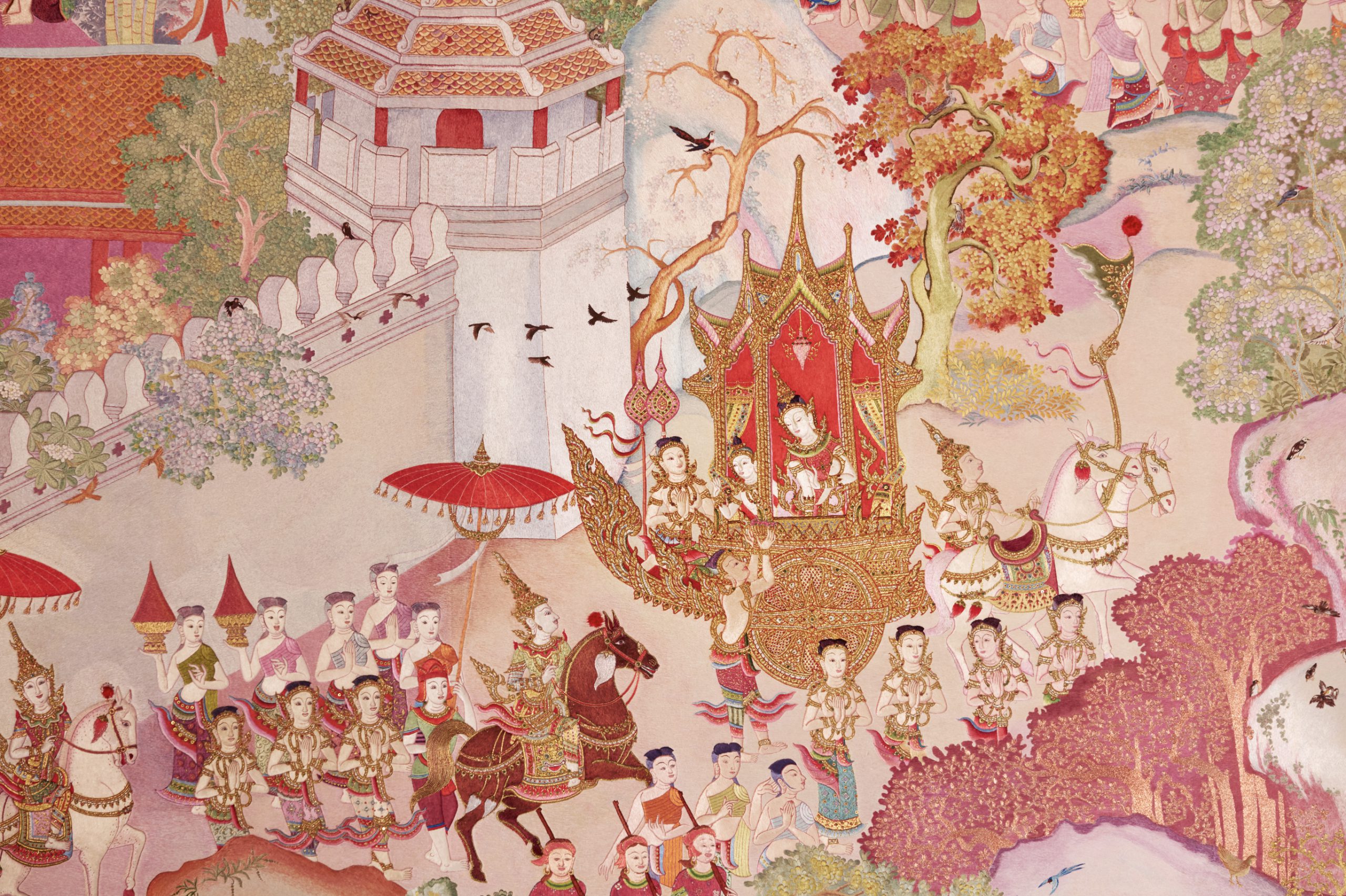 The embroidered screen on the theme of Inao

This embroidered screen is a fine example of the ancient Thai embroidery technique called “Pak soi” where the finest silk threads are used in an overlapping stitch that plays up the shading of color hues and light for a realistic effect.

The embroidered screen on the theme of Inao also combines the relief technique of padding parts of the pattern such as the lead characters, for added depth, followed by the use of sequins, a technique that was very popular during the fifth reign. To mark King Chulalongkorn’s 10,000th day on the throne, a special piece of embroidery of the king’s emblem and those of the various ministries were created using this method. The emboridered screen is based on the poetic narrative “Inao” written by King Rama II.

A total of 18 popular episodes have been portrayed, with images of the Palace, the shrine on Mount Vilitsamara, the royal procession, flora and fauna, rivers and streams. The top and bottom borders feature the Garuda and the royal crown in tribute to King Rama II, while the 80th birthday anniversary of Her Majesty Queen Sirikit The Queen Mother is symbolized by images of colorful swans set against floral vines.