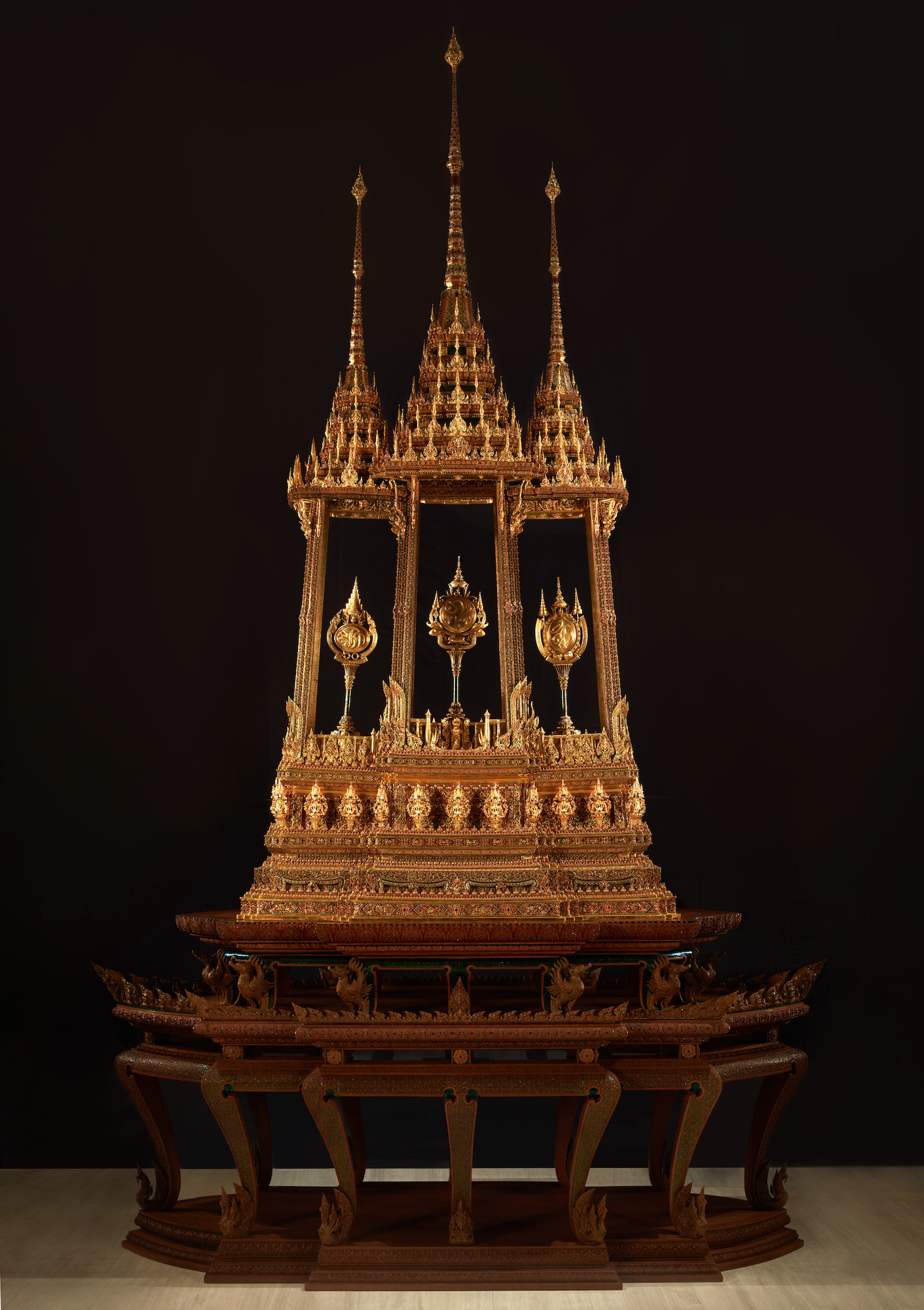 Busabok, a miniature of ceremonial throne for the king. It is served as a pillar to hold sacred object such as Buddha images or Tripitaka scriptures.

The Triple-spired Busabok Throne, another masterpiece created by the artisans of Queen Sirikit Institute, was inspired by the beautiful abode of Brahma featured on pediment of the Buddhai Sawan Throne Hall. It is a joint effort by artisans consisting of three main Thai traditional arts base on gold which are enamel on gold, gold inlayed on iron and wood carving decorated with gold.