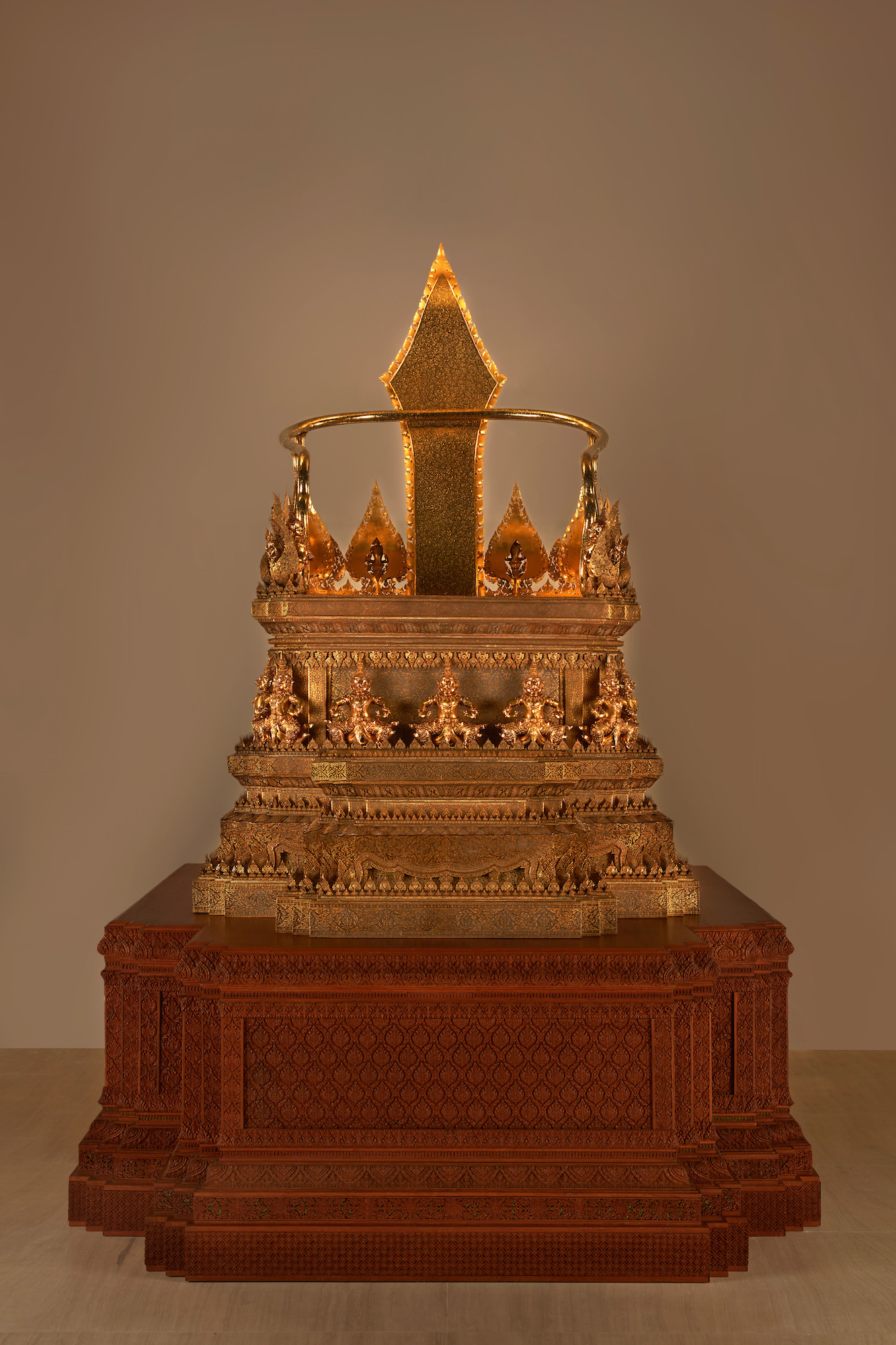 The Kong Throne is a small throne named after the shape of the curved armrest which connects to the backrest. Because of its small size and light weight, it is used both as a royal throne and as a palanquin as the occasion requires.

The Wanares Bovorn Asana Throne, or Kong Throne, was modeled on the carved wooden lacquered Kong Throne from the reign of King Rama I. It was used by the King during a royal barge procession, and also during the coronation ceremony of King Mongkut, Rama IV, as well as King Chulalongkorn, Rama V.

The artisans of Queen Sirikit Institute made this throne from a metal base, decorated with gold and silver khram damascene inlay. Its unique beauty lies in the 12-corner base that tapers up to the throne platform. The throne itself has a two-layered base. The bottom layer is decorated with a Singha (lion) motif, while the upper layer is decorated with monkey motifs – representing the Zodiac year of birth of Her Majesty Queen Sirikit The Queen Mother. A backrest connects the base with the Kong armrest.