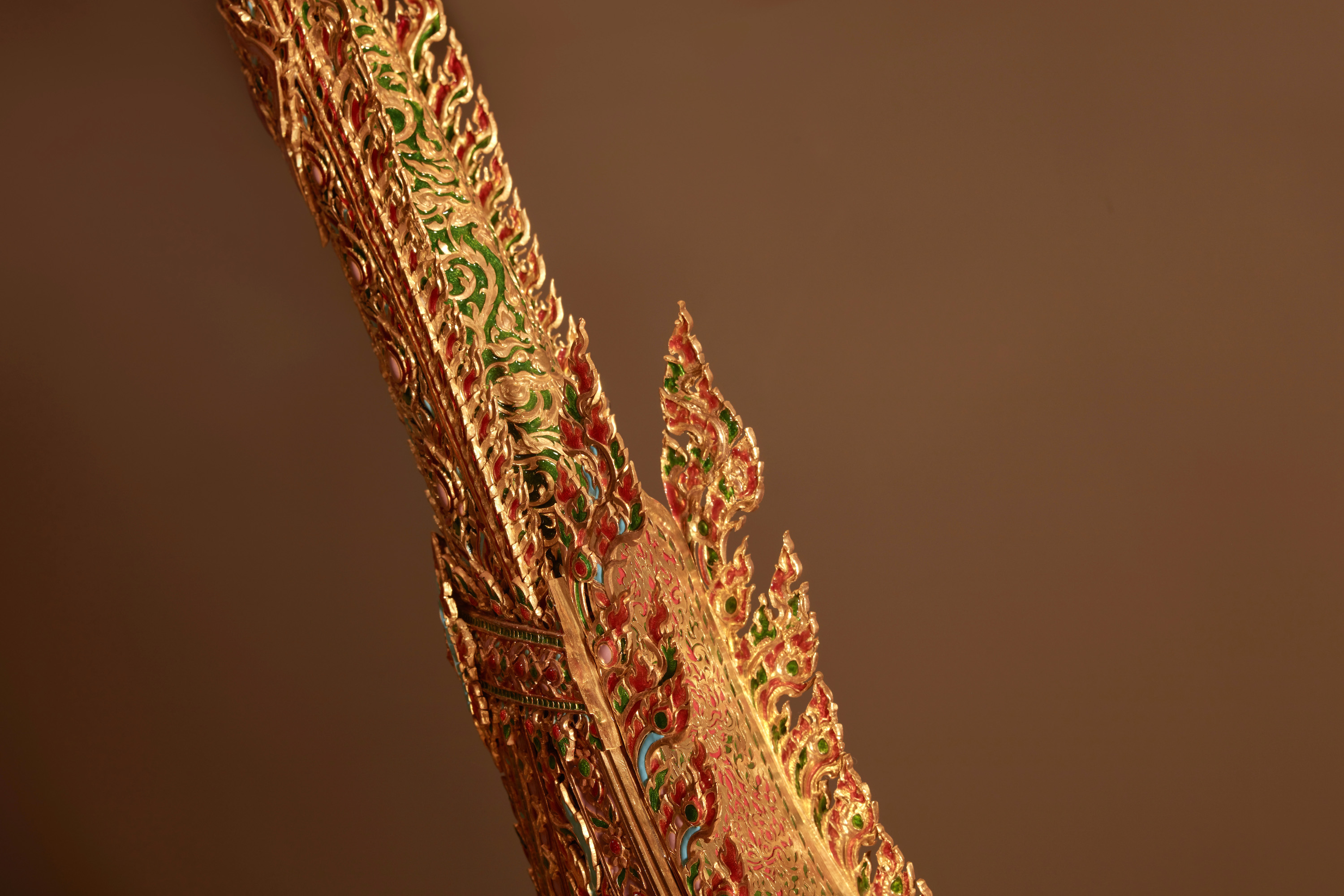 The model of the Sri Prapasorachai Royal Barge created by artisans of Queen Sirikit Institute has a hull and keel made of gilded silver. The ribs are made of gilded carved wood, while the bulwarks are made of gold niello, painted with a Puttan floral motif. The bow is decorated in the shape of the mythical Hera, or half Naga, half crocodile, covered in gold lacquer. The stern is decorated with carved gold and coloured enamel. In the midst of the royal barge stands a Busabok throne of gold and diamonds, with coloured enamel. The deck under the throne is made of filigreed gold and beetle wing collage. On either side of the Busabok is a seven-tiered umbrella of rank made of filigreed gold, with three 5-tiered umbrellas at the bow, and two at the stern. The wooden base of the model of the Sri Prapasorachai Royal Barge is carved in the shape of intertwined Nagas.

The model of the Sri Prapasorachai Royal Barge was based on the original royal barge built during the reign of King Rama I, but which was destroyed by bombs during World War II, leaving only the bow which has been preserved at the National Museum Bangkok.